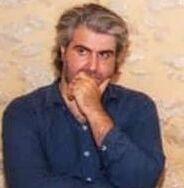 His research interests lie within Computational/Formal Semantics/Syntax. Constructive Type Theoretical Semantics and their Implementation, Natural Language Inference, Probabilistic Semantics, Dialogue Modelling and the interaction between Logic and Machine Learning/Deep Learning for NLP are some of the topics he has been working on. webpage.